The NIEHS/EPA Children’s Centers are part of EPA’s Sustainable and Healthy Communities (SHC) Research Program. The SHC Research Program provides useful science and tools for decision makers at all levels to help communities advance sustainability as well as achieve regulatory compliance. SHC is collaborating with partners to conduct research that will result in science-based knowledge to guide decisions at the federal, regional, state and community level that will better sustain a healthy society and environment in America’s communities.

LOS ANGELES — Policymakers and developers planning high-density housing near public transit with the goal of reducing automobile use and greenhouse gas emissions that contribute to global warming need a clearer understanding of the health risks from air pollution that may be created if that housing is also built near busy roads and freeways, according to new research by Keck School of Medicine of the University of Southern California (USC) scientists.

The study is one of the first to focus on the burden of heart disease that can result from residential exposures near major roadways in a large urban area. According to the researchers, the effects of the near-roadway component of air pollution is generally underappreciated and not included in estimates of air pollution-related heart disease. These near-roadway exposures are largely unregulated.

“The health benefits of these reduced emissions are partially offset by increased exposure to high concentrations of near-roadway pollutants among a larger population living next to major traffic corridors,” said Rob McConnell, professor of preventive medicine, Keck School of Medicine of USC and corresponding author.

“The response to SB 375 is a historic opportunity to optimize the health co-benefits of policies to reduce greenhouse gas emissions. An appreciation of the health risks of near-roadway pollution would strengthen the argument for proposals to zone buffer areas between busy roadways and new high-density housing and to develop a zero-emission or near-zero-emission vehicle fleet.”

The investigators noted that the population is aging and that older persons are more vulnerable to the effects of pollution. Therefore, the number of heart attacks caused by air pollution is likely to increase over the next two decades even though pollution is decreasing. 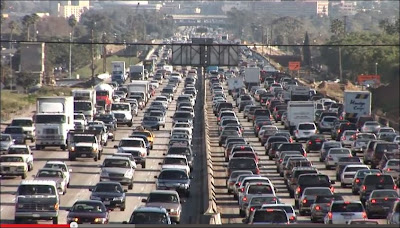 Keck Medicine of USC is the University of Southern California’s medical enterprise, one of only two university-based medical systems in the Los Angeles area. Encompassing academic, research and clinical excellence, the medical system attracts internationally renowned experts who teach and practice at the Keck School of Medicine of USC, the region’s first medical school; includes the renowned USC Norris Comprehensive Cancer Center, one of the first comprehensive cancer centers established by the National Institutes of Health (NIH) in the United States; has a medical faculty practice, the USC Care Medical Group; operates the Keck Medical Center of USC, which includes two acute care hospitals: 401-licensed bed Keck Hospital of USC and 60-licensed bed USC Norris Cancer Hospital; and owns USC Verdugo Hills Hospital, a 158-licensed bed community hospital. It also includes more than 40 outpatient facilities, some at affiliated hospitals, in Los Angeles, Orange, Kern, Tulare and Ventura counties.U.S. News & World Report ranked Keck Medical Center of USC among the Top 10 in ophthalmology and among the Top 25 hospitals in the United States for urology and cancer care.

The South Coast Air Quality Management District (SC-AQMD) has recently produced a fantastic YouTube video, “Do One Thing” The 9:45 minute video takes a look at the air quality in the LA basin, associated health effects, and what one person can do to make a difference. The video helps remind us of simple things we can do in our daily lives to make a difference in our environment and the air we breathe: things such as riding our bikes on short trips close to home, riding mass transit, and even walking to school with our kids one day a week. The video also highlights personal stories of how people’s health and that of loved ones has been affected by the pollution in the Southern California region. Watch and be inspired to make a difference and “Do One Thing” (or maybe more)! (Note: We are not biased even though this video features two of our researchers:  Ed Avol and Rob McConnell).

For related information on the health effects of traffic related pollution, click through to see this infographic.

LOS ANGELES — New research from Keck Medicine of the University of Southern California (USC) bolsters evidence that exposure to tobacco smoke and near-roadway air pollution contribute to the development of obesity.

The study, to be posted online Wednesday, Nov. 12, 2014 in Environmental Health Perspectives, (click here) shows increased weight gain during adolescence in children exposed to secondhand tobacco smoke or near-roadway air pollution, compared to children with no exposure to either of these air pollutants. The study is one of the first to look at the combined effects on body mass index of exposure to both near-roadway air pollution and tobacco smoke. The effects were substantially greater in children exposed to both air pollutant mixtures than to either alone.

“Vehicle miles traveled, exposure to some components of the near-roadway air pollutant mixture, and near roadway residential development have increased across the United States over the last several decades corresponding to the epidemic of childhood obesity,” said Rob McConnell, M.D., professor of preventive medicine, Keck School of Medicine of USC and lead author on the study. “The potential for near-roadway air pollution to be among several factors contributing to the epidemic of obesity merits further investigation.”

The research builds on previous studies showing that exposure to secondhand smoke and particulate air pollution cause heart and lung disease.

Childhood obesity has doubled in children and quadrupled in adolescents in the past 30 years, according to the Centers for Disease Control and Prevention (CDC). Obese youth are more likely to suffer from health challenges, including high cholesterol, high blood pressure, diabetes, bone and joint problems, social stigmatization and self-esteem problems. Obesity for children is defined by the CDC as a BMI at or above the 95th percentile for children of the same age and sex.

The USC study examined exposure of more than 3,000 children to tobacco smoke during their mothers’ pregnancy and to secondhand smoke, as well as air pollution effects from busy roadways, and looked for associations with body mass index. The children were enrolled at age 10 in the Southern California Children’s Health Study, started in 1992 to study the long-term effects of air pollution on children. The children were followed yearly over an eight-year period through high school graduation at age 18. Most of the children were non-Hispanic white or Hispanic.

“Further research is needed to determine if our findings can be replicated in other populations,” McConnell said, “and to assess both the potential contribution of combustion sources to the epidemic of obesity and the potential impact of interventions to reduce exposure.”

ABOUT KECK MEDICINE OF USC
Keck Medicine of USC is the University of Southern California’s medical enterprise, one of only two university-based medical systems in the Los Angeles area. Encompassing academic, research and clinical excellence, the medical system attracts internationally renowned experts who teach and practice at the Keck School of Medicine of USC, the region’s first medical school.

This news release was prepared by USC Health Sciences Public Relations & Marketing and the Division of Environmental Health. 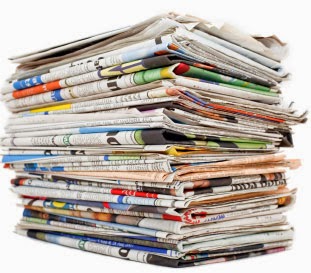 Latest news and research from our centers and investigators.

As oil production has increased, a variety of negative health consequences have been reported by residents in Los Angeles communities living near #oilwells. #KeepItInTheGround http://bit.ly/OilDrillingLA

New study from some of our team of @KECKSchool_USC researchers:

Excited to share our just published paper on the effects of #exposure measurement error on health estimates in #AirPollution studies, by the amazing @MariamGirguis @ISExposureSci @USCEnviroHealth @uscphs http://link.springer.com/article/10.1007/s11869-020-00826-6