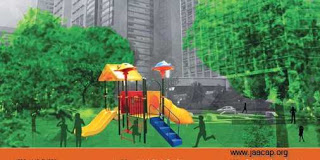 A study to be published in the July 2016 issue of the Journal of the American Academy of Child and Adolescent Psychiatry (JAACAP) reports that adolescents in urban communities may have less aggressive behaviors if they live in neighborhoods with more greenery, such as parks, golf courses or fields.

Studies have shown that the families we grow up in, the places we work, and the friends we keep (our social environment) play a large role in influencing behavior.  However, not much is known about how one’s outdoor environment – such as the greenery in one’s neighborhood – affects behavior.

The team, part of the Southern California Environmental Health Sciences Center at the Keck School of Medicine of USC and the Department of Psychology at the USC Dana and David Dornsife College of Letters, Arts and Sciences, followed 1,287 adolescents, age nine to 18 years. They assessed the adolescents’ aggressive behaviors every two-to-three years, asking parents if their child physically attacked or threatened others, destroyed things or exhibited other similar behaviors. The researchers then linked the adolescents’ residential locations to satellite data to measure the levels of greenery in their neighborhoods.

The study found that nine to 18 year-olds who lived in places with more greenery had significantly less aggressive behaviors than those living in neighborhoods with less greenery.  Both short-term (one-to-six months) and long-term (one-to-three years) exposure to greenspace within 1,000 meters surrounding residences were associated with reduced aggressive behaviors.  The behavioral benefit of greenspace equated to approximately two to two-and-a-half years of adolescent maturation.

The study also found that factors such as age, gender, race/ethnicity, socioeconomic status, parents’ educational background, occupation, income level or marital status, and whether their mother smoked while pregnant or was depressed, did not affect the findings.

Additionally, these benefits existed for both boys and girls of all ages and races/ethnicities, and across populations with different socioeconomic backgrounds and living in communities with different neighborhood quality.

“Identifying effective measures to reduce aggressive and violent behaviors in adolescents is a pressing issue facing societies worldwide,” said Diana Younan, M.P.H., doctoral candidate at the Keck School of Medicine. “It is important that we target aggressive behaviors early-on. Our study provides new evidence that increasing neighborhood greenery may be an effective alternative intervention strategy for an environmental public health approach that has not been considered yet.”

Based on the study’s findings, USC investigators and their collaborators estimate that increasing greenery levels commonly seen in urban environments could result in a 12 percent decrease in clinical cases of aggressive behavior in California adolescents living in urban areas.  Researchers conclude that these results support the benefits of greenery in decreasing aggressive behaviors for adolescents living in urban communities.

This new knowledge may provide a strong reason for further studies to examine if improving greenery in residential neighborhoods will indeed reduce aggressive behaviors in adolescents. 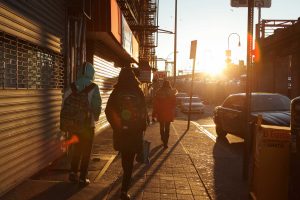 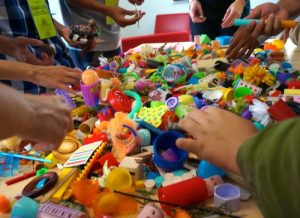