LOS ANGELES – September 21, 2016 – Researchers at the Keck School of Medicine of USC have been awarded a 2 year $6 million grant, as the first phase of a large seven-year National Institutes of Health, Environmental Influences on Child Health Outcomes (ECHO) initiative involving more than 30 research entities. The USC based research team will investigate health issues related to asthma and obesity.

“While much is known about the negative impacts of air pollution and exposure to toxic metals on human health, many questions remain,” Gilliland said. “What we know for sure is that a good start is essential for a healthy life. LA DREAMERS will help us gain a better understanding of what it takes to ensure newborn children get off to a great start so they can avoid life-long health consequences from environmental exposures that can even impact future generations within a family.”

Continued local, national, and global awareness of the negative health impacts of air pollution and exposure to toxic metals have created more questions for researchers that the team at USC is poised to answer. The LA DREAMERs program will include two distinct research projects: one focusing on respiratory health and the other focusing on metabolic health. Assessing exposure to environmental pollutants including air pollution and metals will be integrated into both projects.

The idea that environmental pollutants can exacerbate pre-existing asthma is supported by decades of research. However, whether these pollutants can cause asthma has remained less clear, and the critical time periods of exposure remain largely unknown. Respiratory health research will focus on systematically assessing critical windows of exposure, including in utero, early and late childhood, and across generations.

The metabolic research project will evaluate the respiratory and metabolic health effects from environmental exposures experienced across the lifespan: from childhood to adulthood.

“We are becoming increasingly aware that different environmental exposures occurring early in life, even prenatally, have the potential to cause lasting harm to children as they grow into adults,” Breton said.

Southern California has long been home to one of the most extensive air pollution monitoring networks in the country. This data has been used by USC researchers and beyond to establish links between regional air pollution levels and the health of communities.

Rima Habre, an assistant professor of clinical preventive medicine at Keck Medicine of USC explains the significance of the exposure modeling component within the two research projects. “LA DREAMERs will develop new, hybrid models that incorporate satellite and ground-based measurements and rich information on local sources of air pollution in order to overcome the shortcomings of traditional approaches that solely rely on data from ambient monitors separated by a few kilometers,” Habre said. “Models will be developed for the Southern California region and extended nationwide to contribute to the ECHO consortium.”

A team of USC biostatisticians will develop these new methods to analyze longitudinal measurements of respiratory and metabolic outcomes.  The resulting methods will enable researchers to identify critical windows of exposure for multiple environmental factors and to analyze data on multiple exposures, biomarkers, and health outcomes.

Research reported in this story was supported by the Office of the Director of the National Institutes of Health under award number UG3OD023287.

The content is solely the responsibility of the authors and does not necessarily represent the official views of the National Institutes of Health.

Learn more about the ECHO program components and the awardees for each component: https://www.nih.gov/echo/program-components
NIH Press Release: NIH awards more than $150 million for research on environmental influences on child health, September 21, 2016. 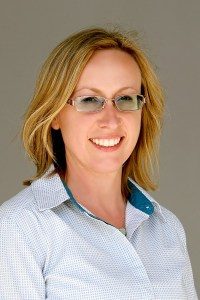