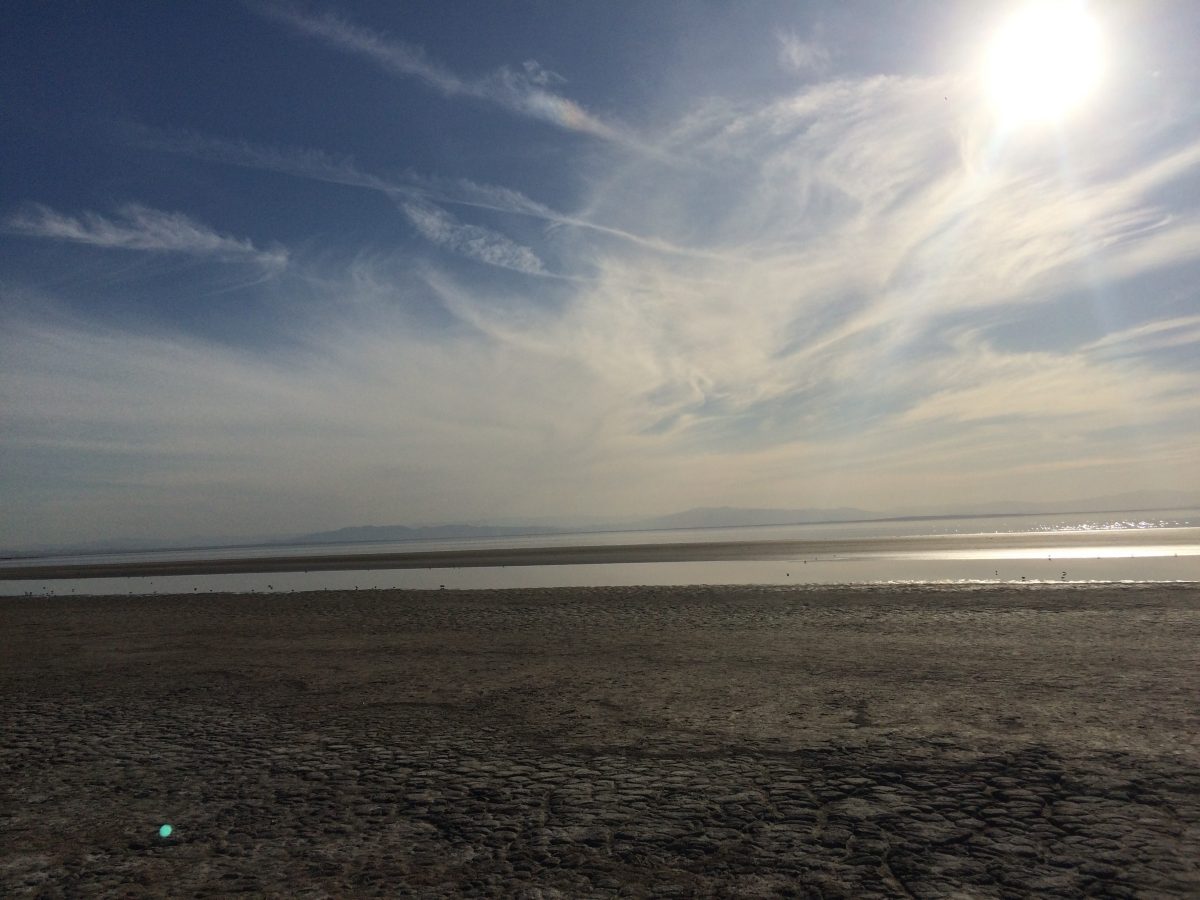 Our team of researchers was featured in the National Institute of Environmental Health Sciences (NIEHS) Partnerships for Environmental Public Health  (PEPH) Newsletter for May 2018:

Children living in Imperial Valley, California, have higher rates of respiratory problems compared to children elsewhere in the U.S., according to a survey conducted by NIEHS-funded researchers from the Environmental Health Sciences Core Center at the University of Southern California (USC). The survey is part of a larger community-based research project to understand how dust from the drying Salton Sea may be affecting children's respiratory health. Dust from the exposed Salton Sea lakebed, shown above, is blown into nearby communities and contributes to poor air quality.
(Photo courtesy of Liam O'Fallon)

"The communities near the Salton Sea are some of the poorest in California and already face disproportionate environmental health disparities. As the Salton Sea shrinks and air quality is expected to worsen, we want to understand what that means for local communities and how to best protect public health," said Jill Johnston, Ph.D., who is co-leading the project with Shohreh Farzan, Ph.D.

Johnston and Farzan surveyed parents of first and second graders at four elementary schools near the Salton Sea. They found high rates of respiratory problems: up to 43% of parents said their children experienced wheezing, and up to 30% said their child had asthma. According to Farzan, these rates are much higher than state and national averages.

Agricultural runoff from nearby farms is the main source of water for the Salton Sea. As runoff from farms decreases, the lakebed is exposed and turns to dust. Wind blows the playa, or dry lakebed, dust into nearby communities, contributing to poor air quality.

Working with Comité Cívico Del Valle, a local environmental justice organization, the researchers collected dust and soil samples to better understand the health risks of playa dust. They sent the samples to NIEHS-funded researchers at the University of Iowa's Environmental Health Sciences Research Center, who analyzed them for toxic chemicals and other contaminants. Because water from surrounding farms feeds into the Salton Sea, researchers are concerned the playa dust may contain pesticides and heavy metals. Previous research has found these contaminants in Salton Sea sediments, aquatic life, and water. "The collaboration with researchers at the University of Iowa allowed us to quickly learn about the toxicity of playa dust and how it may contribute to airway inflammation based on their animal models," said Johnston. "Preliminary results suggest that playa dust may lead to adverse changes in the movement of immune cells into the lung immediately following exposure." The researchers are still determining whether these immune changes are associated with pesticides and metals in the dust.

The USC researchers also are using air monitors at three schools bordering the lake to assess air quality. "The goal is to see whether the dust looks different in different areas and ultimately to identify a ‘signature' of the dust coming from the Salton Sea," Farzan said in a Desert Sun article. "We want to know what's mobilized into the air and what people are breathing at the community level."

In November 2017, the California State Water Resources Control Board approved a 10-year plan to build thousands of acres of wetlands and ponds in Imperial Valley. The plan will help restore the Salton Sea and control playa dust. Ahead of the vote to approve the plan, Johnston presented preliminary study results to ensure decision-makers understood the potential health effects playa dust poses to Imperial Valley communities.

"It's really important to think about how we clean up the air in the region, both existing sources of pollution and then also making sure that the Salton Sea is not going to be an additional burden on the communities," Johnston said in the Desert Sun article. "Kids have a right to play outside, to breathe clean air, so we need to be thinking about strategies and policies to make that happen."

To learn more, see the Salton Sea Pollution infographic created by the USC team. The infographic is also available in Spanish. 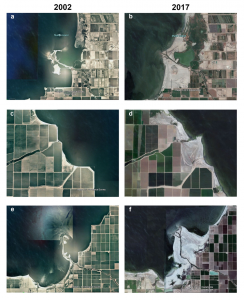