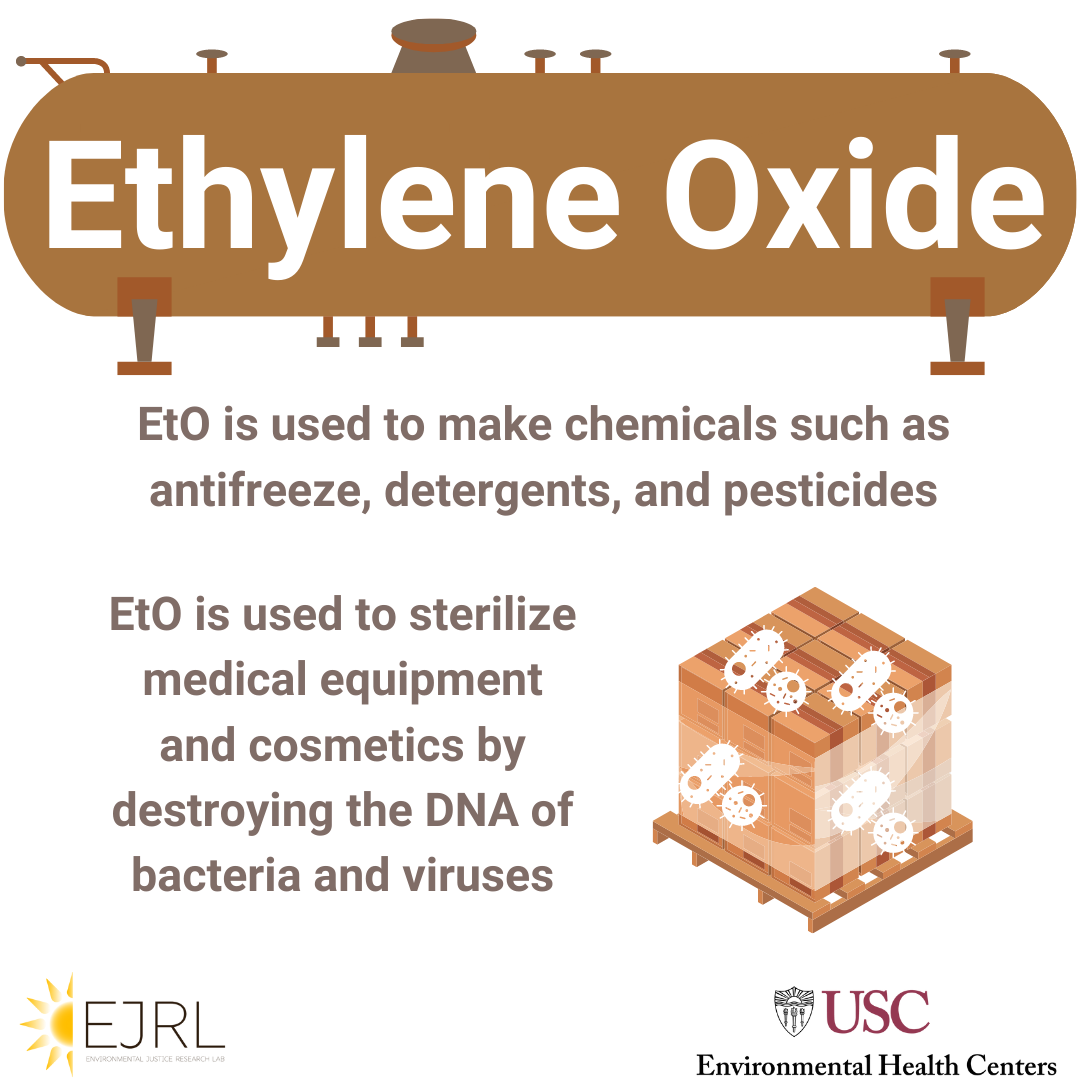 The Community Engagement team in the Division of Environmental Health at USC in collaboration with the Environmental Justice Research Lab created a new infographic around the use, sources and health impacts of Ethylene Oxide.

Ethylene Oxide (EtO) is a flammable colorless gas used for industrial purposes. It is primarily used to make other chemicals, such as antifreeze, and is used as a pesticide and sterilizing agent in smaller amounts. Individuals can be exposed to EtO by inhaling or ingesting it, primarily through environmental, occupational, and consumer exposure. People who live near industrial facilities that produce EtO are especially at risk of being exposed. There are 15 permitted facilities that handle EtO in the South Coast Air Basin, including in Vernon and the City of Carson.

“Ethylene Oxide is an extremely toxic chemical which is a powerful carcinogen when breathed into your body. It is emitted from sterilizers and chemical manufacturing facilities. EPA has known for 20 years that it is highly toxic, but has yet to regulate its emissions.” - Jane Williams, executive director of California Communities Against Toxics.

The infographic was led by EH MATTERS fellow Jennifer Ahumada in collaboration with California Communities Against Toxics and Comitè Pro Uno.

This infographic was supported in part by: 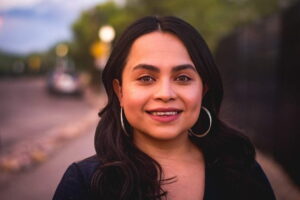 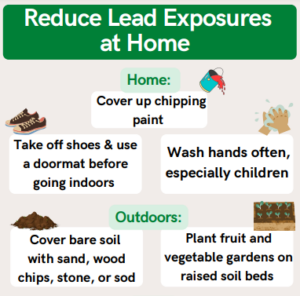 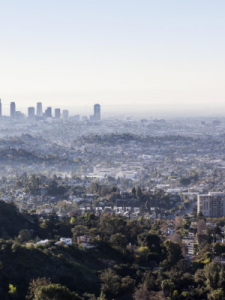