LOS ANGELES - According to the US Census, the Hispanic or Latino population has experienced the fastest growth in the United States and account for more than half of the population growth between 2000 and 2010.  With such trend in population growth, there is a growing need to investigate causes of common health conditions in Hispanic children, who have diverse environmental, socioeconomic, cultural and ancestral backgrounds.

A new study led by Keck School of Medicine of the University of Southern California (USC) researchers set out to investigate the effect of genetic factors on asthma and rhinitis (defined for this study as a problem with sneezing or a runny or blocked nose, when the child does not have a cold or the ‘flu’ also known as “nasal allergy”), two of the most common illnesses in children. They conducted the study among nearly 1800 Hispanic children between the ages of 5 and 7 years who participated in the Southern California Children’s Health Study in 2003.

"Studies in the past have generally included multiethnic population with predominantly non-Hispanic population,” said Muhammad T. Salam, adjunct assistant professor of research in the department of preventive medicine at the Keck School of Medicine, and lead author of the research. “While there are common risk factors that affect everyone, we are just beginning to understand that we need to focus on specific Hispanic populations to better understand the complex interplay of genetic, environmental and cultural factors in the development of common health conditions such as asthma and rhinitis."

To determine the ancestral (ethnic) background of each child more precisely, the researchers estimated contributions from Amerindian (ancestral background in Latin American people before 15th century), European, African and Asian ancestry using over 200 DNA sequence variations.
Such variations in DNA (human genome) are genetic markers of ancestry. Certain variants occur in one population or another in the human genome (DNA). When DNA is analyzed in this way, ancestry can be determined at a very precise level depending on how many genetic markers are looked at.

The parents provided information on their children's health conditions, environmental exposures such as tobacco smoke, allergens, and socioeconomic background. Acculturation is a process by which cultural patterns change when people come in contact with other cultural patterns. The U.S. Hispanic population has undergone such changes over generations. Researchers assessed acculturation based on where the mother was born and what language the parent used to complete the study questionnaire (English or Spanish) 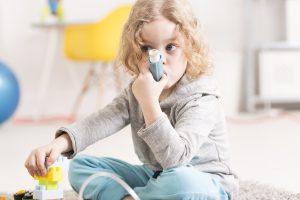