USC has been awarded a federally funded research center to explore why childhood obesity affects some populations more than others.

The Maternal and Developmental Risks from Environmental and Social Stressors (MADRES) Center will study pregnant women and their infants over time in low-income, urban minority communities in Los Angeles that have both high obesity rates and wide-ranging exposure to environmental pollutants.

Researchers from the Keck School of Medicine of USC’s Southern California Environmental Health Sciences Center, Center for Obesity Research Center, and Diabetes and Obesity Research Institute will collaborate on the initiative.

“One of the most striking concerns about the obesity epidemic is the ethnic disparity among women and children,” said Carrie Breton, assistant professor at Keck Medicine of USC and co-principal investigator of the center, which will try to determine how environmental factors influence childhood obesity. “Rates of childhood obesity, pregnancy-related obesity and their associated health consequences are disproportionately high in Hispanic women and children.”

For example, in Boyle Heights — home to one of the largest Hispanic/Mexican populations in the United States — 50 percent of teens are overweight or obese, compared to 34 percent in Los Angeles County and 29 percent statewide. Located at the confluence of Interstates 5 and 10, the 101 Freeway and State Route 60, Boyle Heights also faces some of the worst pollution in the county and has a disproportionately high poverty rate (33 percent).

“Childhood obesity is one of the critical issues of our time, threatening the health of an entire generation of children,” said Frank Gilliland, professor at the Keck School of Medicine of USC and co-principal investigator. “Over-nutrition and sedentary lifestyle clearly play roles, but environmental determinants of obesity are also likely to be important and modifiable causes.”

The MADRES Center will recruit 750 mother-infant pairs from low-income urban hospitals in Los Angeles over the course of three years to investigate the problem from two angles:
• Project 1 will explore how environmental factors relate to child weight at birth and at 12 months of age.
• Project 2 will examine the effects of pre- and postpartum environmental exposures as well as psychological stress and behavioral risk factors that affect the mother’s gestational weight gain and postpartum weight retention.

Smartphone apps will allow the team to collect real-time information about stressors and lifestyle behaviors during the daily lives of pregnant and new mothers.

Two teams will split up the research — one will work directly with mothers and infants; another will measure and map pollution.

The community outreach team will develop workshops with local partners, send out new research results and create materials for the mothers and families in environmental health resource centers.

More information about the MADRES Center is available at: http://madrescenter.blogspot.com/. 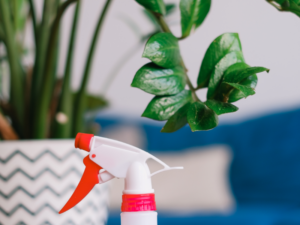 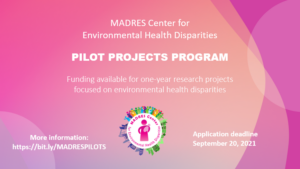 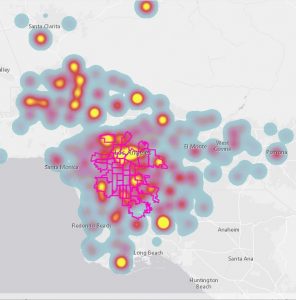