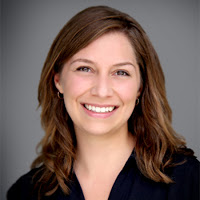 Dr. Farzan is interested in how exposure to environmental toxicants, including arsenic, lead, and other toxic metals, may increase the risk of cardiometabolic disease and long-term adverse health outcomes. She has worked to explore these health effects at a range of environmental exposure levels through complementary research projects with the New Hampshire Birth Cohort, the EPA/NIEHS-funded Children’s Center for Environmental Health and Disease Prevention Research at Dartmouth, and the Columbia Superfund Health Effects of Arsenic Longitudinal Study (HEALS), with the goal of advancing our understanding the contribution of toxic metals to chronic disease initiation and progression. Her current research focuses on arsenic exposure in relation to pre-clinical markers of cardiovascular dysfunction and inflammation.

At USC, Dr. Farzan continues to investigate the effects of toxic metals across the lifecourse, with a particular focus on how local sources of these contaminants, such as the former Exide Technologies site and other urban industrial operations, may affect maternal-child health. Additionally, she will collaborate with the newly formed Maternal and Developmental Risks from Environmental and Social Stressors (MADRES) Center to explore potential metal exposures in a population of Latina mothers and their children and examine exposure-related cardiovascular and metabolic health risks.

Dr. Farzan’s latest research was published in the Environmental Health Perspectives journal, Infant Infections and Respiratory Symptoms in Relation to in Utero Arsenic Exposure in a U.S. Cohort.

In a study population of private well users in New Hampshire, Dr. Farzan and colleagues found that children born to women who were exposed to arsenic during pregnancy had an increased risk of infections within in their first year of life. Infants that were exposed to arsenic in utero had greater numbers of infections and respiratory symptoms that either resulted in a doctor visit or treatment with prescription medication. Infants exposed to higher levels of arsenic in utero tended to have more upper and lower respiratory tract infections that warranted treatment, as well as respiratory symptoms, such as wheezing.

These results could suggest that arsenic exposure increases the severity of certain types of infections or may impact a child’s immune system, which could lessen the body’s ability to fight off an infection. Respiratory infections and symptoms during infancy could signal a greater risk of later life atopy or respiratory impairment. The findings parallel observations of arsenic-related increases in respiratory infections among children in Bangladesh, where children tend to be exposed to much higher levels of arsenic.

Well water is the primary source of arsenic for most people. Foods, such as rice and rice products, can also contain arsenic, so it is important to provide your child with a variety of foods to reduce exposure.