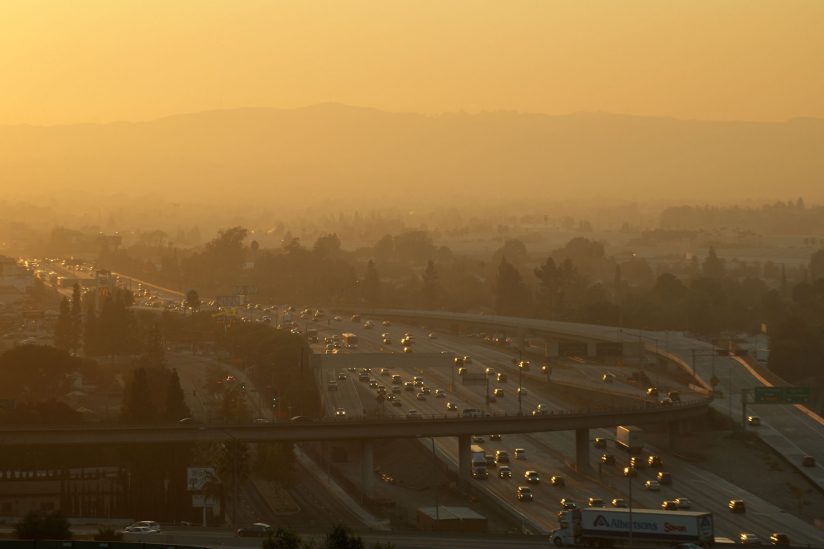 Particle pollution is the culprit, raising concern about health impacts later in life

It means that before a doctor cuts the umbilical cord or a parent hugs a baby, the caress of air pollution already reached the womb’s inner sanctum. The timing couldn’t be worse, as the researchers found that no matter when they checked, thyroid impacts were evident until the final month of gestation.

This is one of the few studies to monitor air pollution effects on a developing fetus and the first to track pollution changes month by month on thyroid hormones. The newly published research paper appears in JAMA Network Open.

“Air pollution is bad for adults and children and this study shows it may be bad for the fetus too, despite being protected in the womb,” said Carrie Breton, corresponding author of the study and associate professor of preventive medicine at the Keck School of Medicine of USC. “Thyroid function is important for lots of elements of life and tweaking that in utero may have lifelong consequences.”

Air pollution affects thyroid: past research on exposure to elements

USC scientists have been studying the health impacts of urban air pollution for a generation under the Children’s Health Study. It’s one of the world’s largest ongoing research efforts looking exclusively at how dirty air harms kids. USC is situated in the Los Angeles region, home to historically severe urban smog, an ideal laboratory to study air pollution health effects and environmental change across time.

Since the effort began in 1992, various USC researchers have documented how air pollution contributes to school absences, asthma, bronchitis and lost-lung function. Conversely, as air quality has improved due to regulations and technology innovations, scientists have been able to track improvements in children’s health.

In the new study, the research team focused on 2,050 newborns, people who had been enrolled in the Children’s Health Study previously. They selected them using birth data from the mid-1990s, when they were elementary school students at 13 Southern California schools. About 60 percent were white, 30 percent Latino and the remainder black or other races.

The participants were included only if they had blood tests taken right after birth and had complete monthly exposure measures for air pollution throughout pregnancy. The scientists checked blood levels for total thyroxine (TT4), a hormone secreted by the thyroid gland.

The findings show that the fetal thyroid gland seems particularly susceptible to airborne particulate, especially during early- to mid-pregnancy, according to the study. It’s consistent with previous studies by other researchers that show industrial chemicals, tobacco smoke and indoor air pollution impact the thyroid gland.

However, the study did not assess the health effects of the air pollution exposures. Thyroid hormones are critical for regulating fetal growth and metabolism and play important roles in neurodevelopment. Even subtle changes in maternal thyroid function during pregnancy have been associated with reduced fetal growth and cognitive deficits in children, with detrimental effects observed for both low- and high-levels of thyroid hormones, the study found. Also, the study only looked at one hormonal pathway associated with the thyroid gland, which the authors acknowledge is a limitation.

Who are the most vulnerable?

Nonetheless, the findings underscore that air pollution penetrates deeply within the human body to reach the most vulnerable people of all — unborn babies. Breton said it’s a wakeup call not only for smoggy places like California and the United States, but rapidly industrializing cities around the world.

“There are several places around the world where air pollution is skyrocketing,” Breton said. “This is another example of an environmental exposure that affects early development in subtle ways, and we don’t know the health consequences.”

Other coverage of this research:

Podcast on nationally syndicated NPR radio show, Science Friday. Listen to the study's senior author, Carrie Breton talk about the study in the larger context of science and research on the early life effects of air pollution on health.