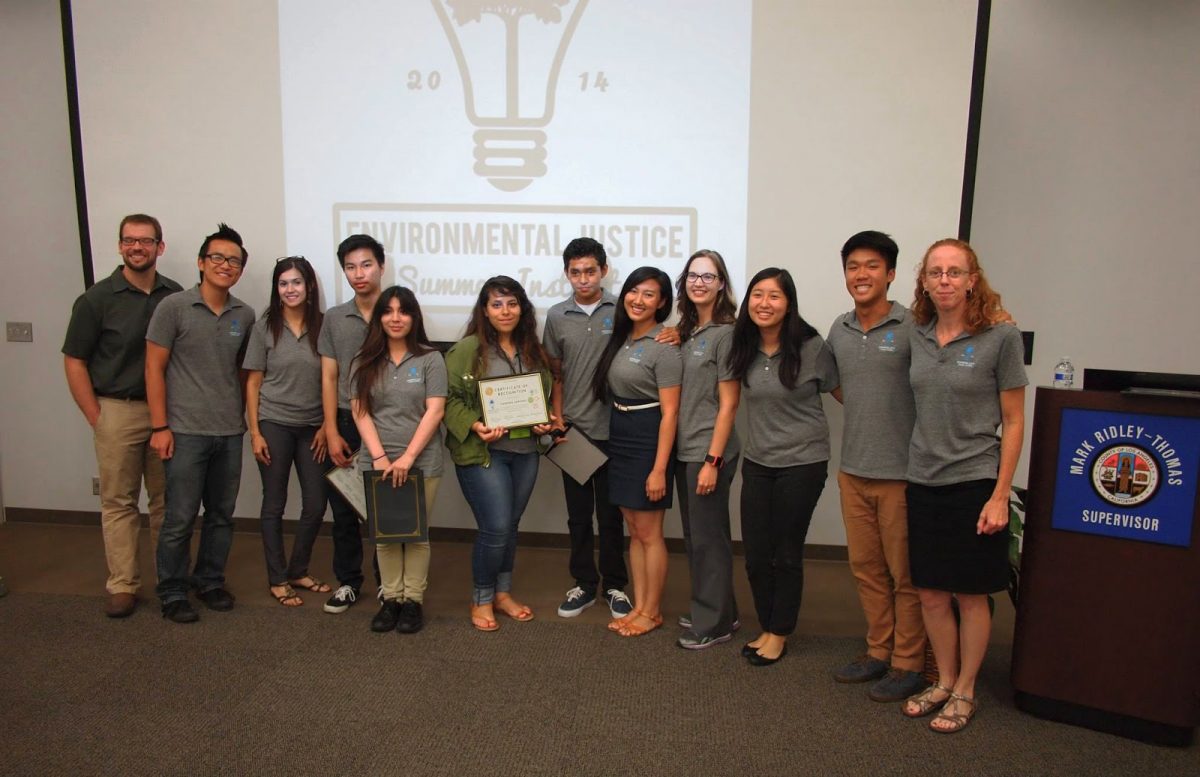 Carla Truax, (fourth from right) pictured here with the group of youth leaders and community partners at the conclusion of the Environmental Justice Summer Institute 2014.

In January, Carla Truax left the Community Engagement Team at USC to pursue other career goals. Here, the staff and faculty at USC Environmental Health Centers pause to reflect on Carla’s time at USC and her contributions.

In 2005, Carla Truax joined the Community Engagement Team (of the Southern CA Environmental Health Sciences Center) after graduating with her bachelor’s degree in Environmental Studies from Hamline University in Minnesota. In her first few years at USC, Carla worked on advancing collaborations including the nationwide HOPE (Health Observances & Public Education) partnership with universities around the country, and the CARE (Community Action for a Renewed Environment) partnership led by Pacoima Beautiful to reduce diesel pollution.

Starting in 2006, Carla began acting as facilitator for the newly formed Trade, Health, and Environment (THE) Project, referred to as THE Impact Project, a community-academic partnership on global trade impacts in Southern California.

Carla’s role has been critical in keeping THE Impact Project collaboration going since its creation (even after its funding had ended). She managed the planning of the 2007 and 2010 Moving Forward Conferences with THE Impact Project partners. These conferences, with more than 500 attendees at each, led to the formation of the Moving Forward Network (MFN), a nationwide network of community based, environmental justice and academic institutions). The mission of the MFN is to “transform the global trade system by supporting the organizing, advocacy, education and research efforts of partners around the United States toward improving public health, quality of life, environmental integrity, labor conditions and environmental justice.”

Carla played a critical role in the Community Engagement Team through her energy and interest in building the capacity of community health workers, organizers, and “Neighborhood Assessment Teams” to gather their own data on air pollution.  She led trainings to help local residents and community organizers learn to use hand-held monitors to collect and analyze air pollution data on ultrafine particles and to share the results with neighbors and policymakers.  Carla and the teams developed tools to share their results and strategies.

During her time working at USC, Carla earned a Master’s in Public Health, utilizing the tuition assistance program for employees.

Carla’s next chapter will include pursuing teaching and continuing her education.  “I feel very fortunate for my time as a part of this unique program and learned so much from all the researchers, community members, and partners,” she said. “Thank you to everyone at USC, and our community and academic partners in California and nationwide, for your vision, leadership, and support.”

The staff and faculty at USC Environmental Health Centers wish Carla the best as she embarks on her next chapter. Carla’s contributions to the Community Engagement Team have been instrumental in its continued success, establishing a precedent for contributions toward the education and capacity building of communities both locally and nationwide around issues of environmental health and justice. “Our team owes Carla a tremendous virtual ‘standing ovation’ for her work with our program and the community over the past decade, plus,” said Andrea Hricko, former director of the Community Outreach and Engagement program at USC, which is now directed by Dr. Jill Johnston. 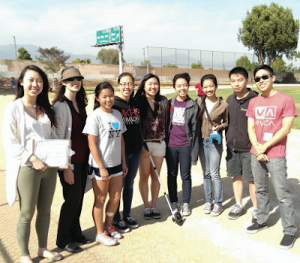 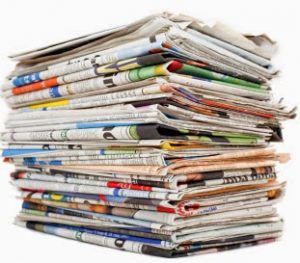