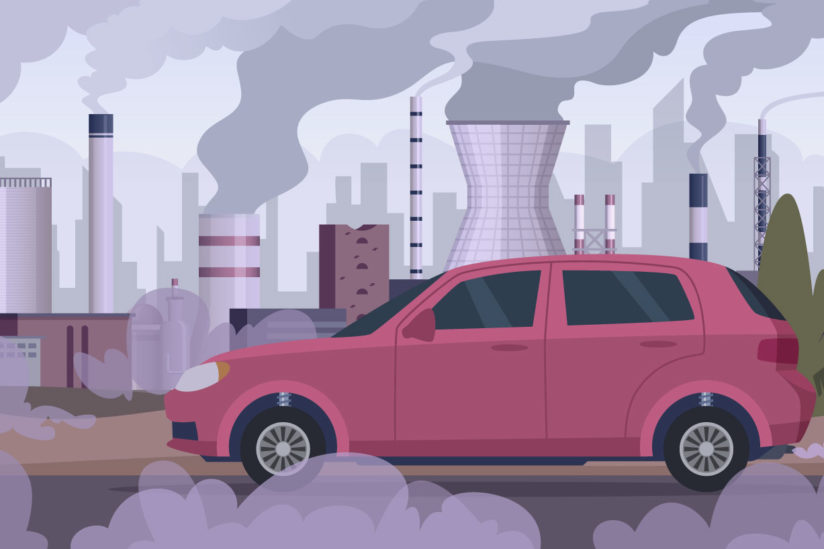 A recent study found that breathing in high levels of PM 2.5 fine particle air pollution was linked to shrinkage in the areas of the brain vulnerable to AlzheimerÕs disease in older women. (Illustration/iStock)

Keck School of Medicine researchers found that reduction of air pollution is associated with slower decline in cognition and memory.

Improvements in air quality may slow cognitive decline and reduce the risk of dementia in older women in the U.S., according to NIEHS-funded research. The findings were presented July 26 at the 2021 Alzheimer's Association International Conference.

Exposure to air pollution late in life is a modifiable risk factor for dementia. Better air quality is associated with decreased mortality and improved respiratory health. But until now, it has not been clear whether improvements in air quality could enhance or preserve cognitive abilities.

“Our studies are novel because they are the first to investigate the benefit of air quality improvement on brain aging,” said Xinhui Wang, Ph.D., an assistant professor of research neurology at the Keck School of Medicine at the University of Southern California. “The takeaway message is that reducing air pollution exposure can promote healthier brain aging.”

Wang teamed up with NIEHS grantee Jiu-Chiuan Chen, M.D., Sc.D., an associate professor of population and public health sciences at the Keck School of Medicine. Their study included 2,232 community-dwelling women in the U.S. who ranged in age from 74 years to 92 years and did not have dementia at the time of enrollment. The women were participating in the Women’s Health Initiative Memory Study — Epidemiology of Cognitive Health Outcomes (WHIMS-ECHO).

The researchers conducted annual telephone interviews between 2008 and 2018 to assess general cognitive status and word memory. They also used models to estimate annual exposure to fine inhalable particles with diameters that are generally 2.5 micrometers and smaller from 1996 to 2012, as well as exposure to nitrogen dioxide at residential locations.

Air quality improved with regard to fine particulate matter and nitrogen dioxide in the 10 years before enrollment. As expected, general cognitive status and memory declined with age during an average follow-up of 6.2 years. But greater air quality improvement was associated with slower decline, regardless of age, geographic region, education, or cardiovascular factors. Based on the findings, the researchers plan to investigate the neural processes underlying the benefits of improved air quality on brain aging.

“Our findings demonstrate the importance of regulatory policies and actions by federal and local governments to reduce air pollution levels in a more systematic way,” Wang said. “The impact will be great as everyone will benefit. At the individual level, we would advocate to reduce exposure by avoiding or reducing the time spent in highly polluted areas as much as possible. Wearing an appropriate respirator can be a choice if exposure is inevitable.”

(Janelle Weaver, Ph.D., is a contract writer for the NIEHS Office of Communications and Public Liaison.)

The above article was originally published on the NIEHS website here.

These research findings are not yet published, however the conference presentation of the research findings mentioned above have been covered in the media by the following sources: Newsweek, HealthDay, U.S. News & World Report , AARP, UPI, Medscape, Healio, MedPage , Today, Independent, Daily Mail, Doctor’s Lounge, Drugs.com, Being Patient, KDVR-TV in Denver.

Other researchers at USC that are involved in the reported research include:

Diana Younan, Observational Research Manager at Amgen, who was a senior research associate in the Department of Preventive Medicine (now renamed as department of Population and Public Health Sciences)